This is the last day in this year. No doubt, it has been a very special year. I spent most of the year in Egypt. I have finished two semesters in the American University in Cairo. Now I am spending the winter break in Jordan with my family…
I love Cairo and I love the people there too. There are similarities between them and the Iraqis. They are so generous and they love and respect guests. They are not arrogant or snobby. They are more religious than Iraqis and there are many contradictions in the Egyptian society that I haven’t seen in Iraq or any other Arabic countries that I lived in before.
There is poverty in Egypt and there is oppression that is historically accumulated. This is really sad. People were optimistic about the revolution and found it as a gate to change toward better life, freedom, social justice, and democracy. But the transformation process is not easy. It is a hard and difficult task and needs time, patience, and great efforts to be achieved. Many people are rushing change as if it happens just by saying so. This is the reason for many conflicts in the Egyptian street and the reason for the downbeat that harmed economy in particular and Egyptian society in general…
At first, the fever of salary and subsidizing increase has flamed in the country almost by all society ranges: doctors, teachers, public drivers, and public employees. This has caused a burden on the state budget amidst a critical phase. The temporary government has no clear vision or any economic or political statement to convince people to postpone these requests until a later notice. Consequently, the budget deficit has increased.
A series of violent incidents has started. It seemed spontaneous, but by time, it became obvious that someone intends to drown the country in chaos and unjustified violence. Battles were picked with the military counsel that temporarily governs the country. This has continued until election where Islamic parties won with high rates; whereas, parties that are not religious oriented have won with modest rates. The religious parties won with high rates in the two phases (60% to 70% of the votes.) Secular and Liberal parties won with very modest rates which has enraged the secular and liberal parties. It enraged the media channels that support them as well who in return have carried a campaign against Islamic parties and against the military counsel because it supervised the election. The Media has defamed the military image and accused it of conspiring with the Islamic Parties, forging election and setting back the country to Mubarak days.
Of course these were false accusations. The identity of the Egyptian street is clearly Islamic and it is very obvious that Egyptians don’t want any foreign intervention in the Egyptian affairs.
Of course America, Israel and the old regime of President Mubarak wish for this revolution to fail and wish that Egypt returns to square one ruled by a dictator and a friend to the western world just like Mubarak regime was. People accuse the west of intervening to sabotage the revolution and finance groups that stimulate and spread violence and hatred in the country to create chaos or semi civil war that keeps Egypt in a politically unstable state for the long run. In the meantime, Libya falls with the aid of foreign intervention. And now there is an opportunity of foreign intervention in Syria. Yemen is in chaos while Iraq lives in darkness, occupation and violence. And Palestine is in an endless maze… Egypt is too busy to aid any of the unfortunate sister countries around it…

At first, all attempts were focused on creating dispute between Muslims and non Muslims in Egypt. But the Egyptian nation proved that it is very smart and alert. Many disputes and catastrophes were absorbed so that they don’t lead to additional blood or disruption of the Nations’ unity.
After the elections, the conflicts aimed to split the nation between supporter to Islamic parties vs. supporters to secular and liberal parties. The media has played a distinctive role in sabotaging and increasing the violence tune in the political statements. It fueled the street with arguments, conflicts and nonsense.
My heart will always be with Egypt. I pray that this ordeal passes and ends for the best interest of Egypt and Egyptians. I pray that the revolution dreams of freedom, social justice and democracy are achieved. I pray that Egypt becomes a successful model from which all global and regional countries learn positive lessons of change, construction and prosperity. Challenges still exist, but the Egyptian nation has been very patient and has offered many invaluable sacrifices throughout the past decades. May Allah bless their patience and sacrifices and reward them with best rewards in this life and in the day after.
In regard to my studies at the American University in Cairo, two semesters have passed by and in God’s willing, the third semester will start next February. The last semester will start in the Fall of 2012 in God’s willing. I learned excellent things during my studies about politics of public sector and the management of public sector. I also learned about governance, and the nature of application of governance. I learned about the financial policies, management of development projects, and solving problems that we face during work. I learned preparing research papers for each course.
As a student, I saw strange things. The college system is not comfortable and the college teachers are not always fair or really professional. I found that some of them are serious, dedicated and fair especially the Egyptian teachers. I also found teachers who have little experience, snobby, unfair and not objective in dealing with students. They even are annoyed with students who understand and discuss the material. Such teachers want students to act like slaves who don’t discuss or argue, and just flatter them. Unfortunately, I found these characteristics in foreign teachers especially the Americans. I am disappointed with the quality of foreign teachers. I found the local teachers pay great efforts to provide high quality, professional academic job.
I found that some teachers prepared for the lecture in advance and discuss it in details with students. While others were lazy and didn’t even read the material. If a discussion is stimulated, the teachers and students will be in opposite directions.
The same can be said about preparing papers. Some students follow up with students and provide timely instructions before the end of the semester so that papers can be prepared, reviewed and corrected leaving enough time to be revised before the final submission due date. And there are other teachers who don’t provide any useful information until a couple of days of due date. Some teachers provide feedback after correcting the paper pointing out the mistakes and short comings that are not mentioned during the review of the draft paper. This of course depresses students and affects their grades as if the teacher intends to take revenge and not so patient in teaching students to master this knowledge. I don’t see the same old fashion moral in education as it was in the seventies when I studied Engineering in Baghdad University. I remember how dedicated our teachers were and how much teaching was exhausted for them. We were silly, young and not serious about education. But the dedication of academic staff and the high academic level in the Iraqi universities prompted us to learn a lot and benefit from the education process in a positive way…
To be a student who is focused on learning is a true Jihad (struggle). It isolates the human being from the social life and limits him to education and performing research in ultimate accuracy and dedication. This is an enjoyable experience and at the same time exhausting. But it leads to fruitful results for each dedicated student. Some students in the masters program have a day job and they come in the evening very tired. They wouldn’t have the time for studying, carrying out deep discussions. They prepare their papers in the last moment. I think that the results for these students will be very poor in general and will have limited and little gain from their studies. Some people only care about receiving the master’s certificate to hang it on the wall of the office or in one of the rooms. It is truly sad to spend all of this effort, time and money for just a piece of paper and miss on the golden opportunity to learn and develope…
This is the course of life. Some of us spend it in trivial and silly matters not knowing how time passed and what was learned. And some take slow steps toward learning and reviewing themselves and their surroundings to evaluate the pros and cons while constantly thinking about this life wondering where they came from and where they are heading. Other people live like an animal in a clover pasture. Life passes them by doing nothing but eating and sleeping…you leave them for months and years and when you come back you find them the same. I don’t know whether to feel sad for them or envy them on their happy ignorance. 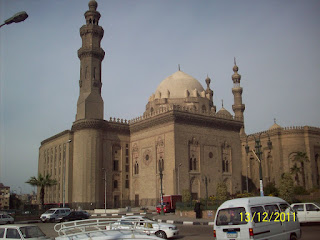